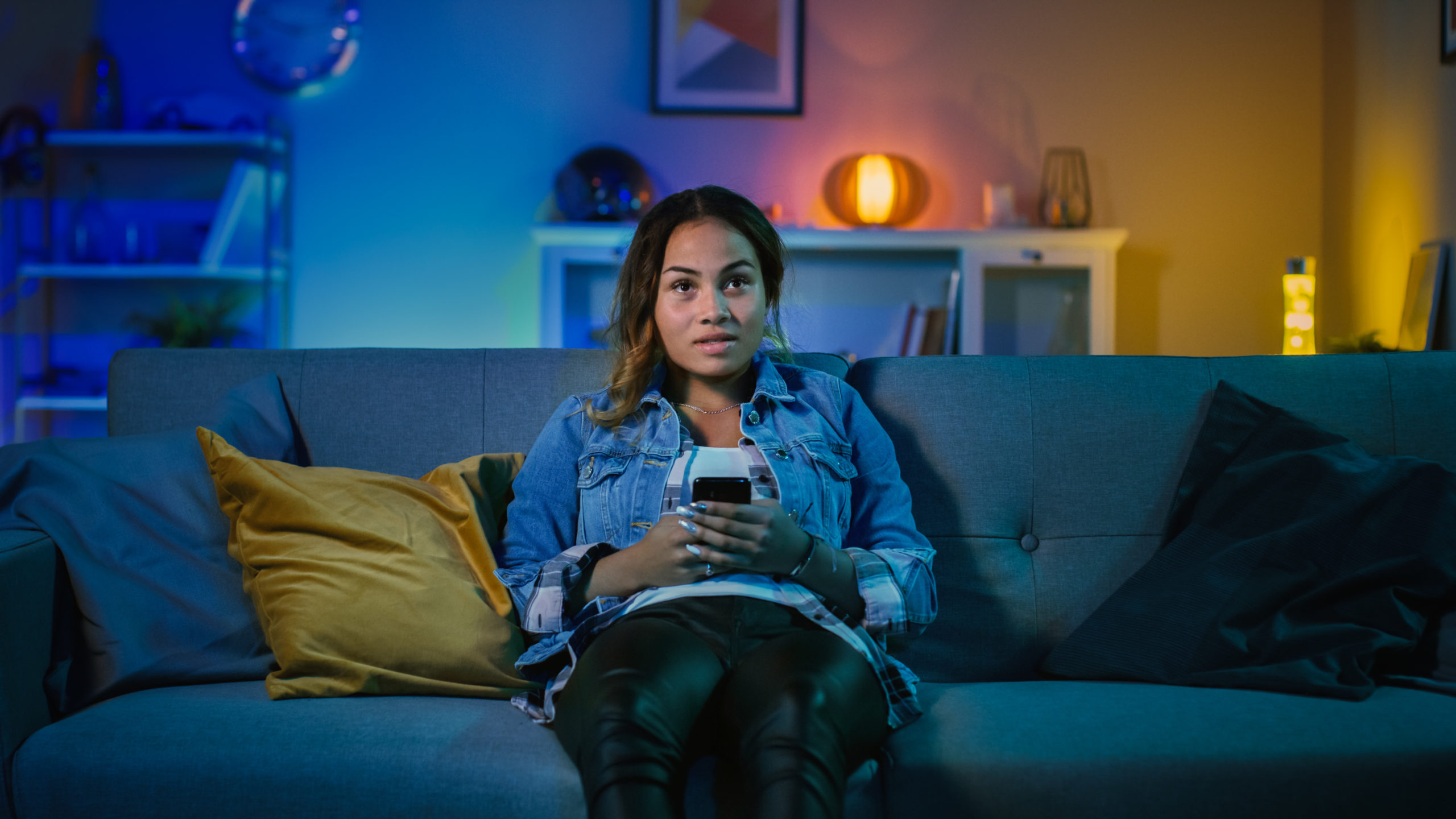 Streaming has been the focal point of the entertainment industry for the last 5-10 years with all major content providers introducing their own services and viewers flocking to the space in ever increasing numbers; in 2021 more than 140 million accounts were activated on streaming services in the USA alone. With all this activity much attention has been paid to the top of the funnel (the content owners and their corresponding OTT apps) in what has been colloquially described as The Streaming Wars. Headlines repeatedly tout the subscription numbers of Netflix vs Amazon vs Disney+ vs Peacock etc. Yet somewhat overlooked in all this has been the Operating Systems of our TVs which represent the true frontline of this war. Because while the fight may be between the major players, the battleground they spar over is for the attention and wallet of the viewer, and with the TV being the final point of contact in the content delivery chain it’s OS represents the physical frontline of the entire streaming ecosystem.

As 2022 plays out, the display OS will become increasingly important for a number of reasons:

How we got here

Historically, the display device (TV) that sat in the living room was the dumb end of a dumb pipe. CRT TVs, which became Flat Screens, were designed to perform a single function; displaying content via an aerial or RCA cords. They were unaware of who the viewer was or what was being watched. As content delivery evolved into cable we saw the introduction of Set-Top-Boxes which introduced new opportunities like basic interactive programming, shoppableTV and features such as EPGs, DVRs and catch-up. The arrival of the internet, IPTV and OTT / On Demand services led to low cost streaming dongles from Roku, Amazon and Google which enabled viewers to access these services without having to replace their TVs. Netflix became the must have OTT service. During this time as CRT TVs evolved to flat screens the traditional manufacturers were replaced by a new breed of technology companies that began to create the Smart / Connected TV category; TVs with an operating system and CPU that were capable of accessing the internet. Smart TVs became an essential feature of the home.

No longer the Dummy

This new generation of TVs were also cheaper and far easier to set up. Manufacturers began to pay attention to their interfaces, ensuring they were much more user friendly; gone were the days of complicated set-ups and tuning, replaced by devices that would work as soon as they were taken out of the box and plugged in. Usually they came preloaded with the most popular OTT apps. Each update brought with it new features and capabilities that benefited both the viewer and the upstream broadcasters. These devices were now living up to their smart name.

Concurrently, capabilities like ACR (Automatic Content Recognition) replaced the traditional panel ratings system and created enormous volumes of real-time analytics which fed into more effective targeting opportunities for advertisers. The integrated nature of these TVs also meant the OS operator was now able to build their own ad networks and businesses; a transition is now underway where the initial sale of a streaming device is of lesser value than the ongoing relationship with the viewer. The most recent quarterly results from Roku show device revenue of ~$100m vs Platform revenue of ~$700m. And while the current focus has been on the opportunities for the OS platforms, the true potential allows for all parties in the content delivery chain to benefit.

No longer the end of the pipe

In the industry we speak of ‘last mile’ technologies that deliver the content to the TV screen and in a traditional broadcast setup the TV represents the end of the pipe. In these traditional scenarios the prevailing view was that as soon as the viewer wasn’t watching the screen, the connection to them was lost, and as such, 2nd screening and other engagement options were seen as detrimental to the broadcaster. However, when we take into account the connectivity capabilities of Smart TVs what was an issue is now an opportunity. Rather than being the end of the pipe the TV is capable of covering the final 10 feet, or the gap between the TV and the viewer sitting on their couch, or more importantly between the TV and the phone in their hand and the devices in their home. The TV OS isn’t just the frontline of the war, it is the gateway to an engaged viewer.

Recent standards in IoT like Matter allow all types of connected devices to easily communicate with one another, including smartTVs. Now, rather than the 2nd screen and other IoT devices (smart speakers, lights, appliances and toys) being divorced from the viewing experience, connected TVs allow the devices in the home network to be integrated into the viewing experience so the content we stream can now control the home environment. Imagine watching a horror movie on Shudder, and as the killer approaches your smart lights begin to dim, smart speakers in other rooms whisper and make noises to heighten the tension, then, as the villain strikes, the whole house flashes blood red. Or smart fridges remembering every recipe from every cooking show ever watched and next generation smart toys interacting in real time with live content. By bridging the last 10 feet the only limitation to these interactions is the imagination of the creative teams behind the content.

Arguably the greatest opportunity with connected entertainment lies in the hands of the viewer; specifically their phones. A connection to the 2nd screen extends the broadcaster’s relationship to the fingertips of the viewer, and into their corresponding online activity. Interactive advertising features like SIMID which were traditionally only available on HTML video can now be extended to the viewers phones enhancing existing advertising campaigns and providing true ROI. Similar shoppable opportunities to connect viewers to products seen in content and importantly trace sales and return commissions have the potential to unlock enormous new revenue streams for every stakeholder in the content delivery value chain. Latency buffers can allow social apps like Twitter to sync to the on screen action not only enhancing engagement but also preventing spoilers caused by latency between on field time and on screen time. The endless variety in content and the apps used to engage again mean the only limitation is imagination.

The SmartTV market is dominated by a few key players. In the USA Roku and Samsung (Tizen) hold market leading positions, followed by LG, Vizio and TCL. Globally Samsung and LG are dominant, with Android rapidly gaining due to partnerships with many smaller manufacturers. Amazon and Comcast have both begun selling TVs with their respective operating systems installed. For cable operators like Comcast selling Xclass TVs is a significantly cheaper way to expand outside of their existing cable network footprint without having to build expensive infrastructure; in the EU Sky has begun offering free Xclass TVs when viewers sign up for a ‘cable’ package. Quite possibly  the next TV you get will be free. Aggregation of these operating systems is likely to occur, but only after an expensive fight for audience numbers.

All the while viewers will enjoy increasingly enhanced viewing experiences on TVs that will get smarter with every update. The viewer may be the battleground, but they will also be the ultimate beneficiary of a better viewing experience.

allt creates connected entertainment opportunities by linking the devices in our home and the phones in our hands to the content we stream to our TVs. Using the existing firmware capabilities of streaming and IoT devices allt’s first in market solution enables connected entertainment without content tags or any disruption to existing production or distribution workflows. Compatible with every display OS, phone OS, IoT device and all content, allt allows partners to capitalize on their existing audience footprint without the hassle of painful end-to-end integrations. The future of entertainment is connected, the future of entertainment is allt. Find out more at allt.tv 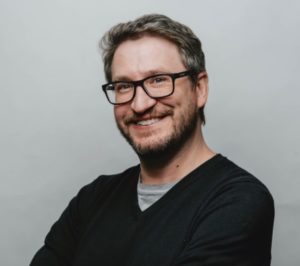 Dave is the co-founder of allt and is also a self-confessed metadata fanatic who has spent a lifetime in media as a fan, editor and technology architect. The author of multiple patents across an array of industries and with experience in finance and online retail Dave has always come back to the entertainment industry as both a passion and inspiration for new technologies that will help the industry.